Although Polystyrene has many beneficial properties including being lightweight, inexpensive, insulating, water resistant, moldable and its strength in compression, it presents a very real and immediate danger to the Environment. Aotearoa is a windy Nation and most of us have seen Beaches and Waterways strewn with Polystyrene, worse still is the footage of dead Seabirds and Marine Life whose stomachs have become full with the tiny white beads.

DIVERT has made a significant investment into a Mil-tek ‘EPS-2000’ Polystyrene Compactor that reduces EPS grade polystyrene down to 1/40th (2.5%) of its original size!

Polystyrene is fed into the top of the machine, where a large spinning drum chips it up into cookie sized pieces which are digested down. A pressure process forces the material through an extruder, which heats it to between 50°C – 60°C, enough for the Polystyrene to congeal into solid blocks. Each 1m long block weighs around 20kg. 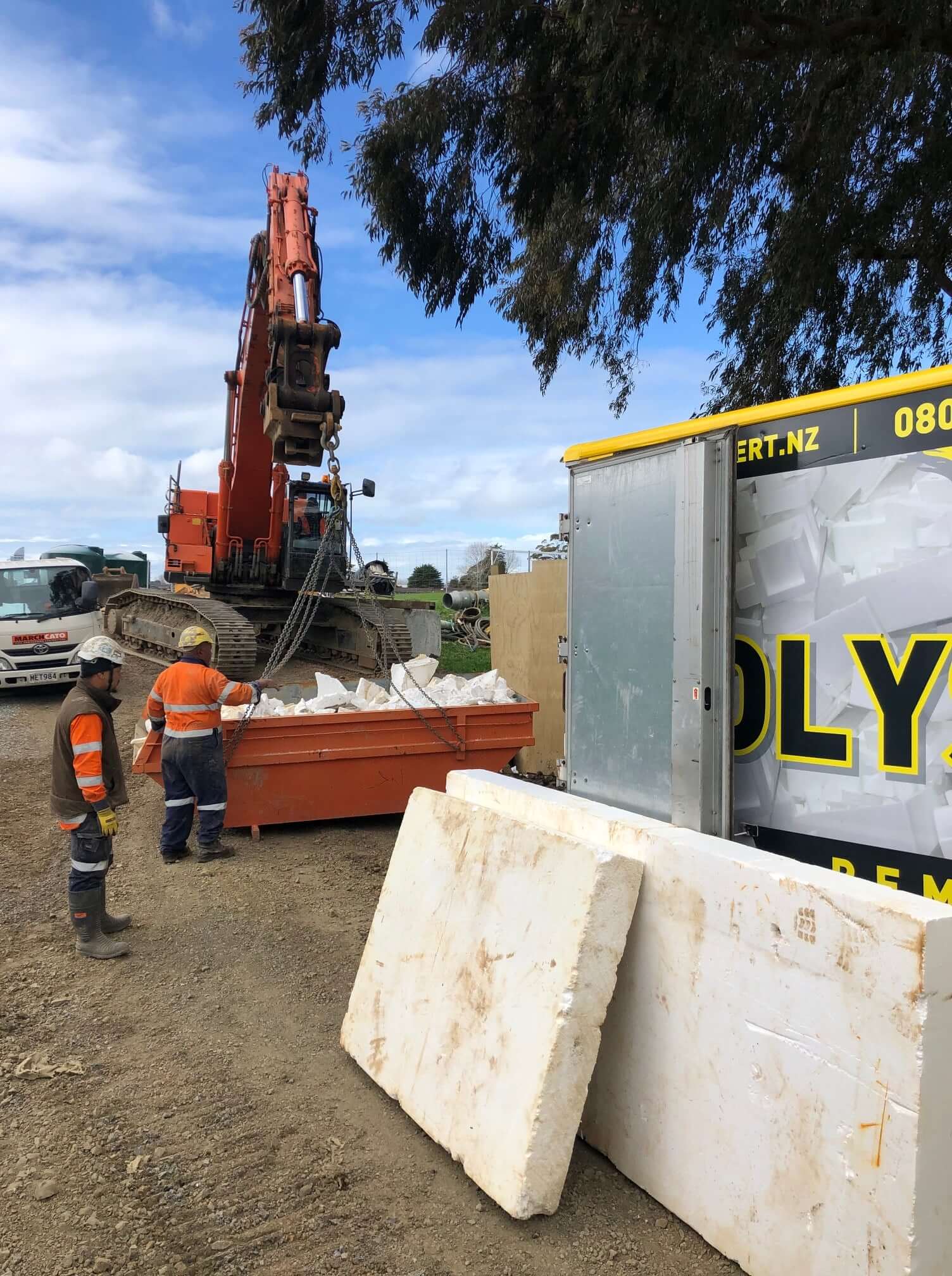 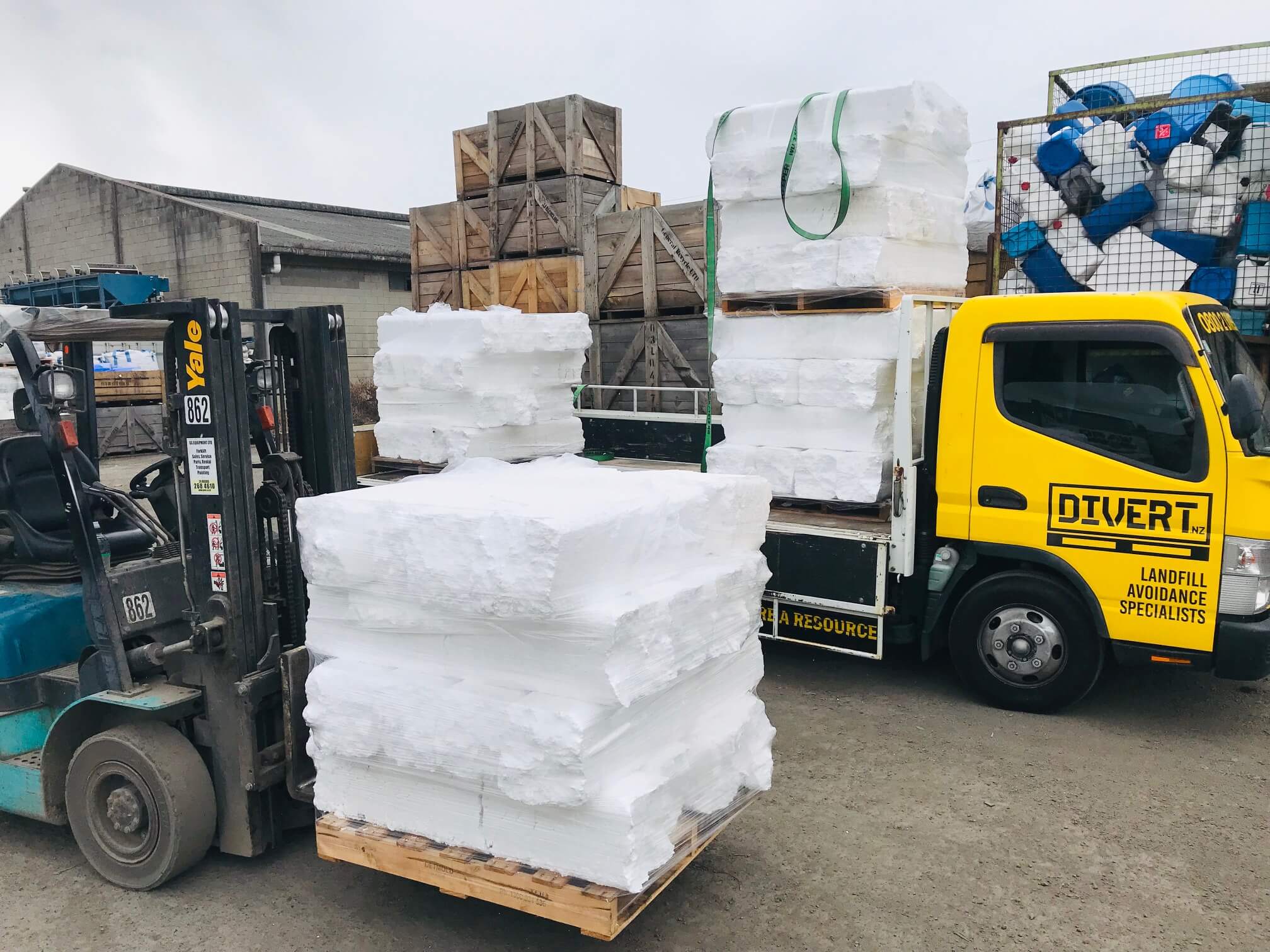 After quality checking and palletizing the Compacted Blocks of EPS, we work with Recycling Exporters who send container loads to China, where it is sought after as a raw material for the production of Picture Frames, Architrave Extrusions, Skirting Boards and Composite Decking.

The Company’s name is Greenmax / INTCO Recycling and they receive 5,000 – 6,000 tonnes of clean, compacted EPS annually reducing the demand on producing virgin plastics from petrochemicals.

DIVERT’s Pricing for Receiving Polystyrene (Clean ‘EPS’ type, on a volumetric basis) is:

Our Customers needs vary significantly - based on the size and type, volume, frequency and location of the Polystyrene they generate. DIVERT works in with each Customer to come up with custom solutions that ensure your Polystyrene is treated as a Resource.